Just a reminder to let you all know that SDC Leader, David Monk will be appearing next Tuesday, 12th September at the:

Councillor Monk will endeavour to extol the virtues of living the utopian urban dream, thereby extinguishing the villages and communities that the proposed urban sprawl will subsume.

Many of you have already relayed comments saying "He'll never turn up, it's political suicide, he pulled out of the local hustings earlier in the year, he'll do the same here". 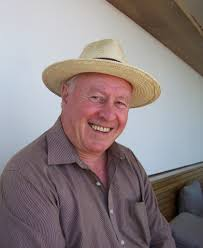 We will not comment or speculate on Councillor Monk's movements or intentions at this present time. We are sure that you all will be posing questions and making your feelings known to our Leader, in a most respectful manner, but for the time being our simple message to Leader and Councillor Monk is:

See you next Tuesday.

Posted by Sellindge Residents at 21:13

The articles contained in this website are for general informational purposes only and have been provided by various sources including the public, newspaper content and local bodies. These articles are then presented by Sellindge & District Residents Association on this website, and while we endeavour to keep the information up to date and correct, we make no representations or warranties of any kind, express or implied, about the completeness, accuracy, reliability, suitability or availability with respect to the website or the information, products, services, or related graphics contained on the website for any purpose. Any reliance you place on such information is therefore strictly at your own risk. In no event will we be liable for any loss or damage including without limitation, indirect or consequential loss or damage, or any loss or damage whatsoever arising from loss of data or profits arising out of, or in connection with, the use of this website.

Through this website you are able to link to other websites which are not under the control of Sellindge & District Residents Association. We have no control over the nature, content and availability of those sites. The inclusion of any links does not necessarily imply a recommendation or endorse the views expressed within them.

Every effort is made to keep the website up and running smoothly. However, Sellindge & District Residents Association takes no responsibility for, and will not be liable for, the website being temporarily unavailable due to technical issues beyond our control. This website may include technical inaccuracies or typographical errors. The Sellindge & District Residents Association has no business relationship with any organisations mentioned in this website.

The village of Sellindge now faces:

Meeting with KCC on 24th June 2008 at the Village Hall